We had a really cold November with snow and ice, but I was in no condition to work on the Buick anyway. So I did some research instead.

I registered on the Pre-War Buick forum. http://forums.aaca.org/f165/ and it is excellent. Lots of help and advice from Buick owners all over the world.

It was suggested that my Buick was indeed built in the UK, a McLaughlin Buick chassis imported from Canada and the body added in Edgware Road, Hendon, London.

and I later discovered it was originally a 2 door 5 seater Dominion Saloon. Bit like these- 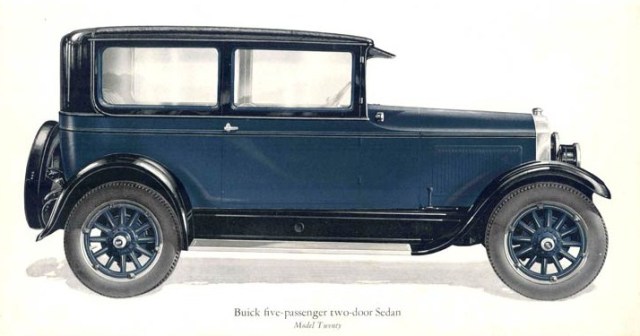 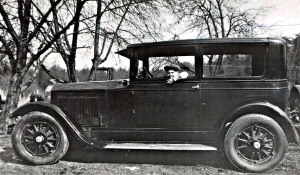 I had lots of discussions about the missing chassis number, what type of chassis plate and where it should be. When I bought the car I got no paperwork at all, and the chassis plate was missing.

I was not sure where the chassis number should be. American Buicks, I was told have a plate on the front right of the chassis rail. Canadian Buicks don’t.

What I did get with the car were photocopies of  US owners manuals, and… a copy of a 1928 UK manual,  in which it says the chassis number is located on a plate on the bulkhead, which is missing. 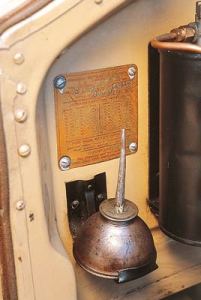 I bought some replica ID tags, they call them over there, and I was considering stamping a chassis number on one of these. I know the correct range of numbers for 1928. Good job I didn’t, more later.

I did get one id plate with the car, and it is a body model plate from General Motors in Hendon. I did not believe it was for my Buick at first, as the numbers made no sense to me. David Hayward GM Historian confirmed it was in fact correct, and I then found a list of body styles on the internet, and 7580 was indeed a 2 door 5 seater sedan.

I lost interest and forgot about the Buick for a couple of months. Not a lot I could do anyway. My arm was still not working properly.

The heavy steel Hudson body was going to be difficult. The previous owner had lifted it on with a fork lift truck, and I had no easy way of lifting it off, and nowhere to store if I did. The car was safe and secure where it was, and not a problem.

I did not know at this stage what I was going to do with the car. I had bought it at what I thought was a good price, and I was confident that I could sell it again, maybe at a profit, just as it was, although I would have to make it more presentable, and take some nice photos.

Which meant lifting that Hudson body off!

But I was in no hurry anyway.

While we are talking about the Hudson body. I was told it was a Hudson when I bought it, but trawling the internet for photos, Google Images is best, I came to the conclusion that it was probably a Plymouth body, due to the shape of the waistline moulding.

I have recently found out that 1929/30 Buicks have a similar moulding, so I am not sure what make it is now.

One thing is for definite, I will not be rebuilding that saloon body. I will keep it for the time being, because I might be able to cut it down to make a tourer body.